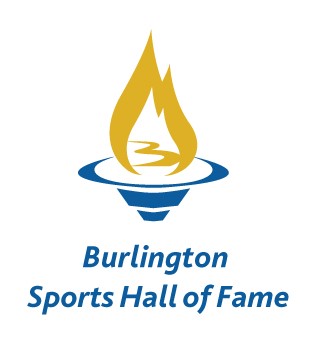 By Kevin Nagel
The selection committee of the Burlington Sports Hall of Fame has selected four new members for the class of 2016.

Joining 33 other inductees (and one team) in the Hall are Vanier Cup-winning coach Gary Jeffries for both his coaching and athletic accomplishments, and three Olympic Games athletes — badminton player Helen Nichol, swimmer Colin Russell and national basketball star Jamie Russell.

The four were voted in Tuesday. The BSHF induction and cocktail reception is scheduled for the Burlington Golf and Country Club on Tuesday, May 31 from 6-8:30 p.m. Tickets (contact Ron Lambert at bshoftickets@gmail.com or 289-962-1254) cost $50 each.

Jeffries, 69, was an all-around athlete before he entered coaching, playing Jr. B hockey for the Burlington Mohawks and baseball for three years in the Detroit Tigers organization. He was also signed by the Hamilton Tiger-Cats and Toronto Argonauts of the CFL.

As a longtime university football coach, the highlight was winning the 2005 Vanier Cup during a 12-year head coaching stint at Wilfrid Laurier University in Waterloo.

Nichol, 35, was born, raised and educated in Burlington, participating in a variety of sports, including 13 years at the Burlington Gymnastics Club. Her focus eventually turned to badminton while competing on varsity basketball, volleyball, tennis and badminton teams at M.M. Robinson High School.

Nichol joined the national training team after her high school graduation year, attending the University of Calgary. Her dream of representing Canada at an Olympic Games was realized in 2004 in Athens.

Colin Russell, 31, has been around the world competing in the pool for Canada. He’s a seven-time Canadian record setter in the 200-metre freestyle, set four Canadian Interuniversity Sport records in the 100- and 200m free and 50m breast and 16 times set Ontario records in freestyle races.

His success allowed Russell to compete at a pair of Olympic Games, in Beijing in 2008 and London in 2012. He helped  relay teams to fifth- and sixth-place finishes  and was an individual semifinalist in the 200m free in Beijing.

He has also competed at three world championship meets from 2005-11, earning a silver medal with the Canadian 4x200m free relay team in Montreal.

Jamie Russell’s OFSAA basketball win with Nelson was just the start of a productive athletic career. He won a grant-in-aid scholarship to Colgate University in 1971, becoming team captain of the Raiders team in his final year.

In one season at the University of Waterloo — 1975-76 — he helped the Warriors finish third at national championships and was the Canadian University Player of the Year.

A mainstay on the men’s national team for eight years, he played in numerous international tournaments, highlighted by a fourth-place finish by Canada at the 1976 Olympic Games in Montreal.

Russell, 63, is currently a surgeon and clinical assistant professor of surgery at the University of Arizona.

The first members of the Burlington Sports Hall of Fame were inducted in 2008.

The Burlington Sport Alliance is a collaboration of sporting organizations that work cooperatively to provide a collective voice for the ongoing promotion and education of the benefits of sport within Burlington. It recognizes sport volunteers, sport builders and athletes each year and supports the values and principles of True Sport and participACTION.

The Burlington Sports Hall of Fame is a standing committee within the BSA.